Our work exploring how social media can be used to study events around the world has resulted in a new publication in the  Social Science Computer Review entitled “International Relations: State-Driven and Citizen-Driven Networks.” In essence what we are attempting to do is compare traditional international relations (e.g. from the United Nations General Assembly voting patterns) to those arising from the bottom up interactions (i.e from people on the ground). The abstract of the paper is below along with some of the images that accompany the paper.

The international community can be viewed as a set of networks, manifested through various transnational activities. The availability of longitudinal datasets such as international arms trades and United Nations General Assembly (UNGA) allows for the study of state-driven interactions over time. In parallel to this top-down approach, the recent emergence of social media is fostering a bottom-up and citizen driven avenue for international relations (IR). The comparison of these two network types offers a new lens to study the alignment between states and their people. This paper presents a network-driven approach to analyze communities as they are established through different forms of bottom-up (e.g. Twitter) and top-down (e.g. UNGA voting records and international arms trade records) IR. By constructing and comparing different network communities we were able to evaluate the similarities between state-driven and citizen-driven networks. In order to validate our approach we identified communities in UNGA voting records during and after the Cold War. Our approach showed that the similarity between UNGA communities during and after the Cold War was 0.55 and 0.81 respectively (in a 0-1 scale). To explore the state- versus citizen-driven interactions we focused on the recent events within Syria within Twitter over a sample period of one month. The analysis of these data show a clear misalignment (0.25) between citizen-formed international networks and the ones established by the Syrian government (e.g. through its UNGA voting patterns). 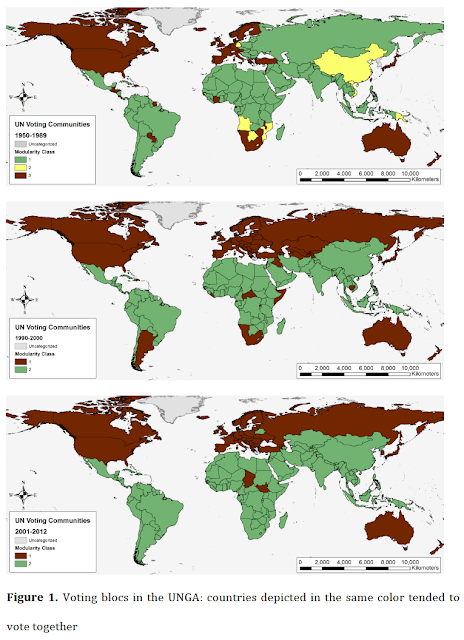 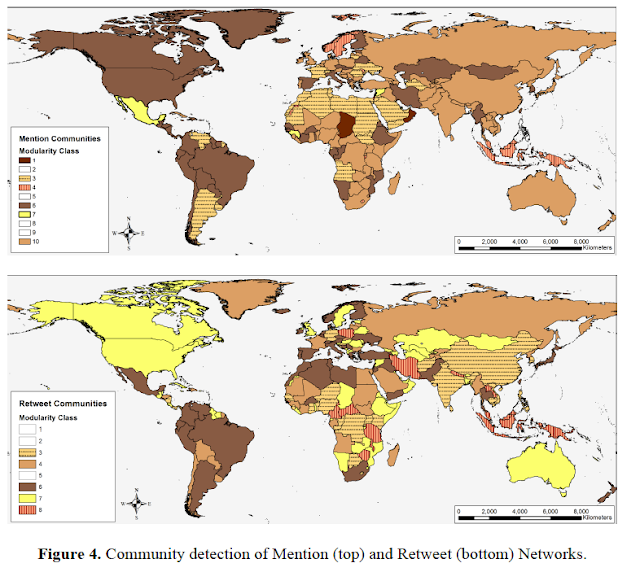 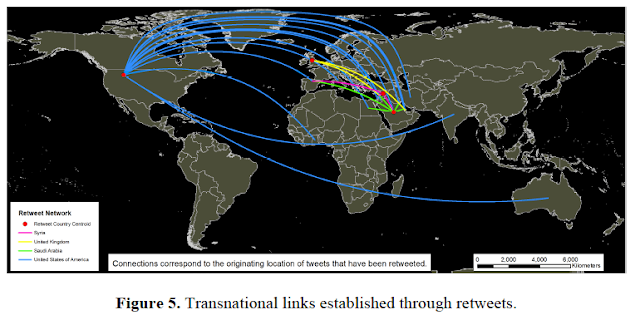 If you don’t have access to Social Science Computer Review, send us an email and we can send you an early version of the paper. This is also only part of our work on using multiple networks to explore international relations. One can of course also explore the networks in more detail. For example in the figure below we plot the actual transfer of arms between states during the 2001 and 2011 period. One can clearly see how different states are connected with Syria however, Russia has connections to many states.

Or if we explore Twitter hastags and add an edge between any pair of hashtags when they are used in the same tweet we can explore an emergent ontology of topic labels users associate with each other. For example, the #Allepo hashtag is associated with other hashtags which appear to local events, including “#civilian”, “#airstrike”, “#hunger”, “#pictures”, many of which are only connected to the #Aleppo hashtag as shown below. 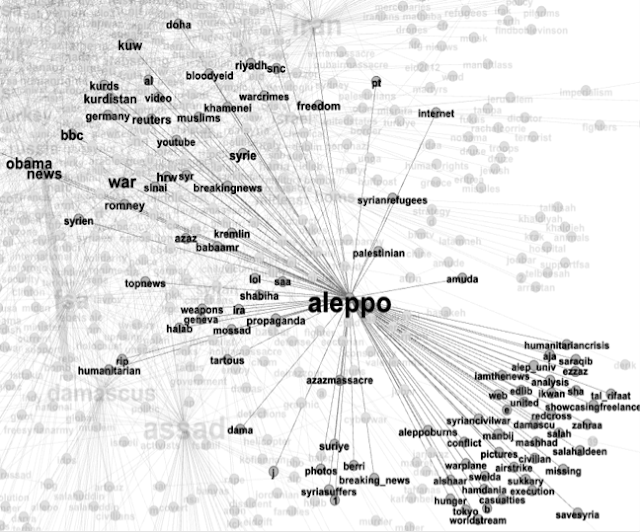